The will for a great Juve 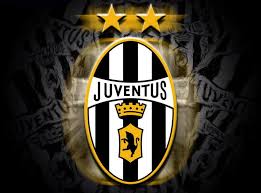 TURIN, June 23, 2011 – The will for a great Juve. The many fans who have queued yesterday for subscriptions have launched the best message. In fact there was not needed even because Andrea Agnelli is not only the president, but also a fan and Juve seventh in the standings is not that he does not like it: he just can not conceive it. Beppe Marotta and Fabio Paratici are working hard to turn the team and Antonio Conte, on vacation in Lecce, has the cell phone constantly in hand and transmits serenity and optimism. The new season starts in just over two months: the time to work, on the transfermarket and in the field, is not missing. The ideas are clear, the enthusiasm is remarkable. And now the day of tomorrow will be crucial for the club.
Recapitalization. The CDA scheduled for today afternoon is a very important moment for the future history of Juventus. Agnelli will present the medium-term plan and will formalize the capital increase. In the morning, then before the CDA of Juve, to be held by Exor, the safe of the Family, which will be discussed the recapitalization of Juventus company first time in the last four years. And the figure, around 100 million, should be very similar to that of 2007. It is clear that this large sum will be allocated in full to the transfermarket: a publicly traded company has a number of requirements to be met and can not be forgotten that the financial statements at June 30 will be closed in red for about 70 million. But they will definitely have the money to buy some great players: Juve will have the option to make an important transfermarket and has set three goals.

The champion. The first is a top-player: race seems reserved to Sergio Aguero, Carlitos Tevez and Giuseppe Rossi, but Juve has secretly hope that suddenly something goes wrong between Sanchez and Barcelona. Aguero is favored because Juve have already made an official offer of 35 million to Atletico Madrid, which calls instead the 45 of termination clause. El Kun wants to change teams but not the city, going to Real. But beyond the difficulty objective of a transfer that would be a betrayal, Mourinho has plenty of problems and so the game can be played by Juve. Yesterday there was a telephone conversation between Gil and Marotta and during which the Juventus director has reaffirmed his willingness to buy Aguero. Looking at alternatives, Tevez earns too much while Rossi is more affordable, but you have to understand what really asks Villarreal and possibly beat the competition of inter that seems interested in Pepito. However for the top-player Juve has allocated 35 million.

Another striker. The second objective is Mirko Vucinic: a better player, reliable, flexible. For Vucinic, Juve is the ideal solution. The Giallorossi want 20 million, Marotta offers exchange with Amauri or Iaquinta in the first instance. But it has budgeted to spend 18 million. Finally, the third box of the recovery plan for Juventus: Lassana Diarra, namely the perfect midfielder to play alongside Andrea Pirlo. For midfielder of Real Madrid the Bianconeri have allocated 15 million (or the card of Felipe Melo), which added to the 9 virtually spent on Lichtsteiner and the 53 budgeted for the top-player and with Vucinic are a total of 77. So 23 in less than of the 100 that should arrive from the capital increase. Including revenue for sales of the players, Juve would have a substantial sum to be allocated to other corporate needs. And the comeback to the Italian and European elite quickly takes shape.
source: La Gazzetta dello Sport (by G.B. Olivero) adapted by Mike Prise

I am a true Juventus Tifoso, the one who started with ZIZOUFANS and now continued/improved with MYJUVENTUS. I believe that English Language unites us all in our common objective, being close to JUVENTUS. That is why I am striving daily to get you the Best Articles, Videos and Tactical Analysis! Fino alla fine FORZA JUVENTUS!

Evaluations and considerations of Marchisio and Chiellini