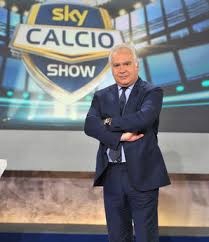 I did a little tour of the horizon on Juve. What I seem to have realized is that Conte does not like Matri, considers him one who can not close a triangle. Who has already ruled out Bonucci and does not like Chiellini.
Who needs of a midfielder but it is unclear in detriment of whom. It does not have great confidence in Elia, not worship Krasic to whom you can not ask phases of attack and defensive phases. He has a lot confidence in Pepe and Giaccherini , one of the players taken by him, not in the other wingers that have come . Conte loves Vucinic and would love a Del Piero at thirty years.
For this suitable would be Quagliarella but he shows prudence and a little fear when in training is on the ball. Personally, I trust, however, Conte who I consider “crazy” and excessive. But it is possible that today can become competitive only through the excess. What needs to stop saying Conte is that Juve finished seventh a year ago and has not added nor Wallcott or another winger of that caliber.For that we can not immediately think big.
True, but Juve of the seventh place have been added ten players, including Andrea Pirlo and Vucinic. It is not right to give goals to a team based on the men and the results of a year earlier. I understand the tactic of caution, especially now that Juve is in the lead, but Conte should say what he thinks about the current team also. That winning is not easy is obvious. That is possible, where no one runs in a season, has another answer. I have not yet heard.
source:Corriere della Sera
adapted by: Mike Prise

I am a true Juventus Tifoso, the one who started with ZIZOUFANS and now continued/improved with MYJUVENTUS. I believe that English Language unites us all in our common objective, being close to JUVENTUS. That is why I am striving daily to get you the Best Articles, Videos and Tactical Analysis! Fino alla fine FORZA JUVENTUS!

Juventus and Pepe: Sweat and two phases, so the soldier becomes the key

Fabio Quagliarella: “If I score against Milan I offer lunch again … and also dinner!”